For the Love of Stories

Thanks for dropping by the 1C Story Network site. From podcasts to books, films to television series, we approach entertainment production with one filter: Does it benefit humans?

If the answer is yes, 1C gets to work writing, directing, producing, distributing, and promoting. From initial concept to interaction with humans, we execute the entire process. This affords incredible opportunities for collaboration with experts at each stage while maintaining a consistent goal for the ultimate media offering. 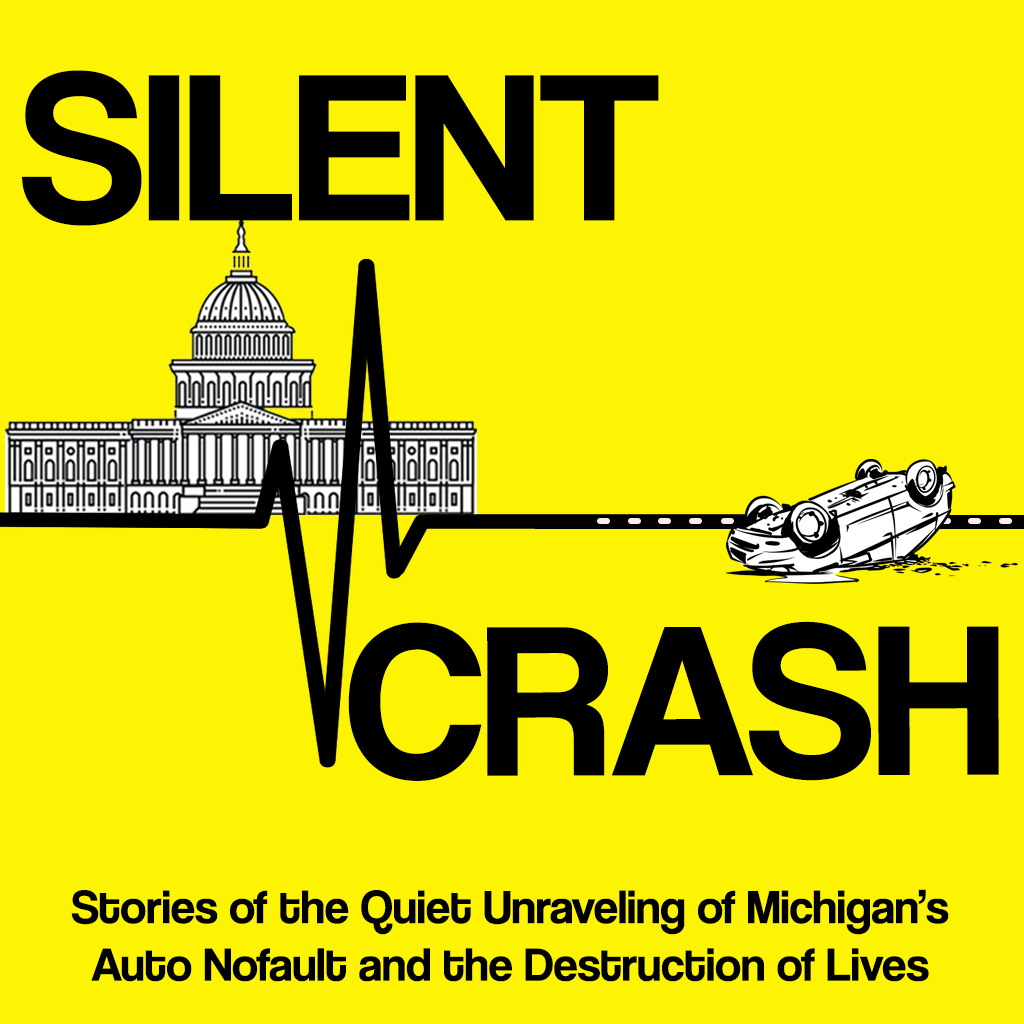 SILENT CRASH: Stories of the Quiet Unraveling of Michigan's Auto Nofault and the Destruction of Lives

When a piece of legislation was signed into law in the dark of 2am on Mackinac Island, a silent crash reverberated throughout Michigan.

Now, the crash is silent no more. 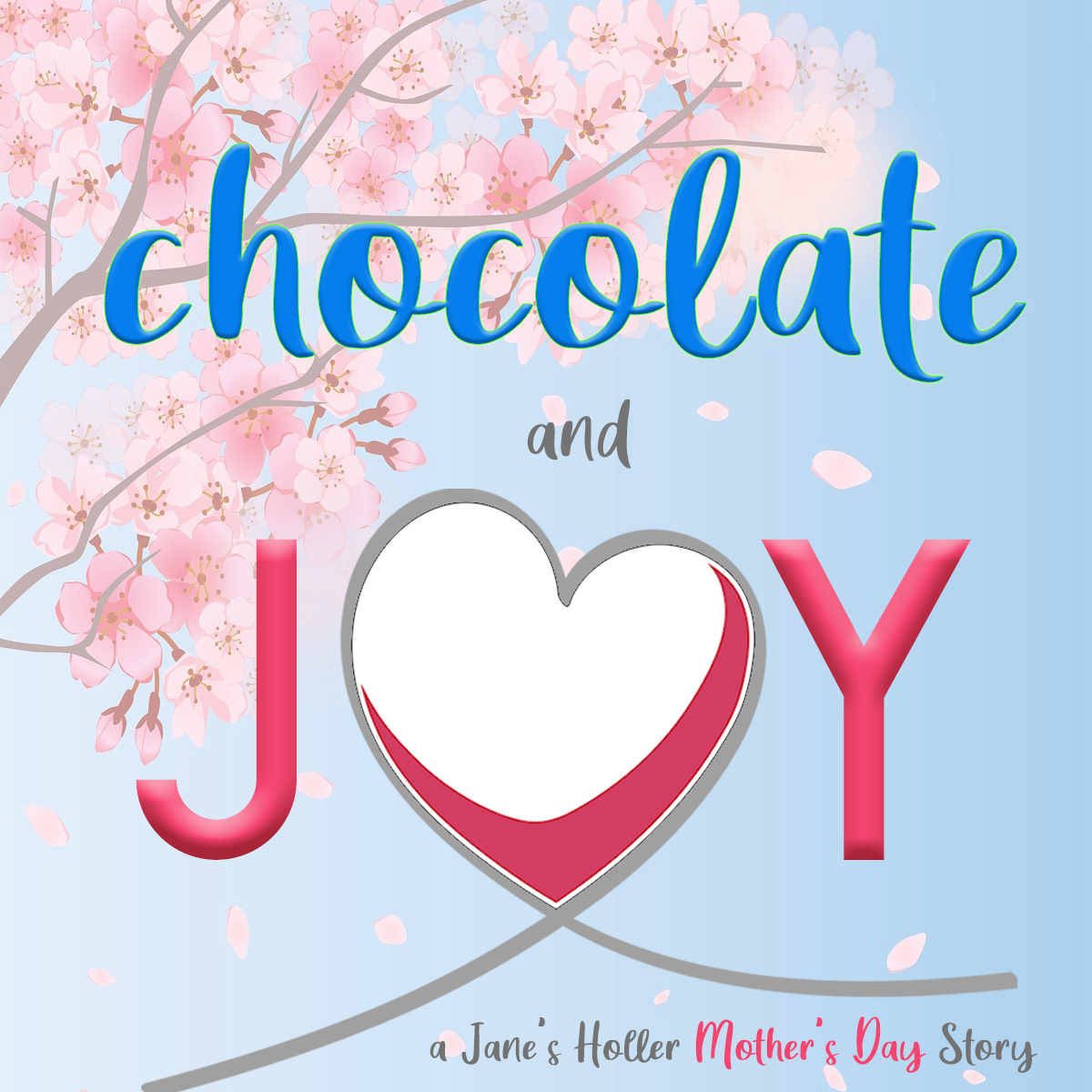 a story about motherhood, in any form

Betsy is in rare form organizing the Magnificant Mamapalooza event! As she begs Charley to let her hold Jane's Holler's Ode to Mamas at Charley's bakery, another drama is brewing: Jack wants Charley to come with him to Marco Island, Florida to meet his mom - on Mother's Day! Ultimately, their stories remind us that motherhood comes in all forms, and all forms are good.

This is a story for every mama - birth, adoptive, stand-in, accidental, intended, and everything else. You can even get your mama-figure a gift filled with soaps, cookies, and jewelry featured in the story! Find it at RelaxWithAStory.com. 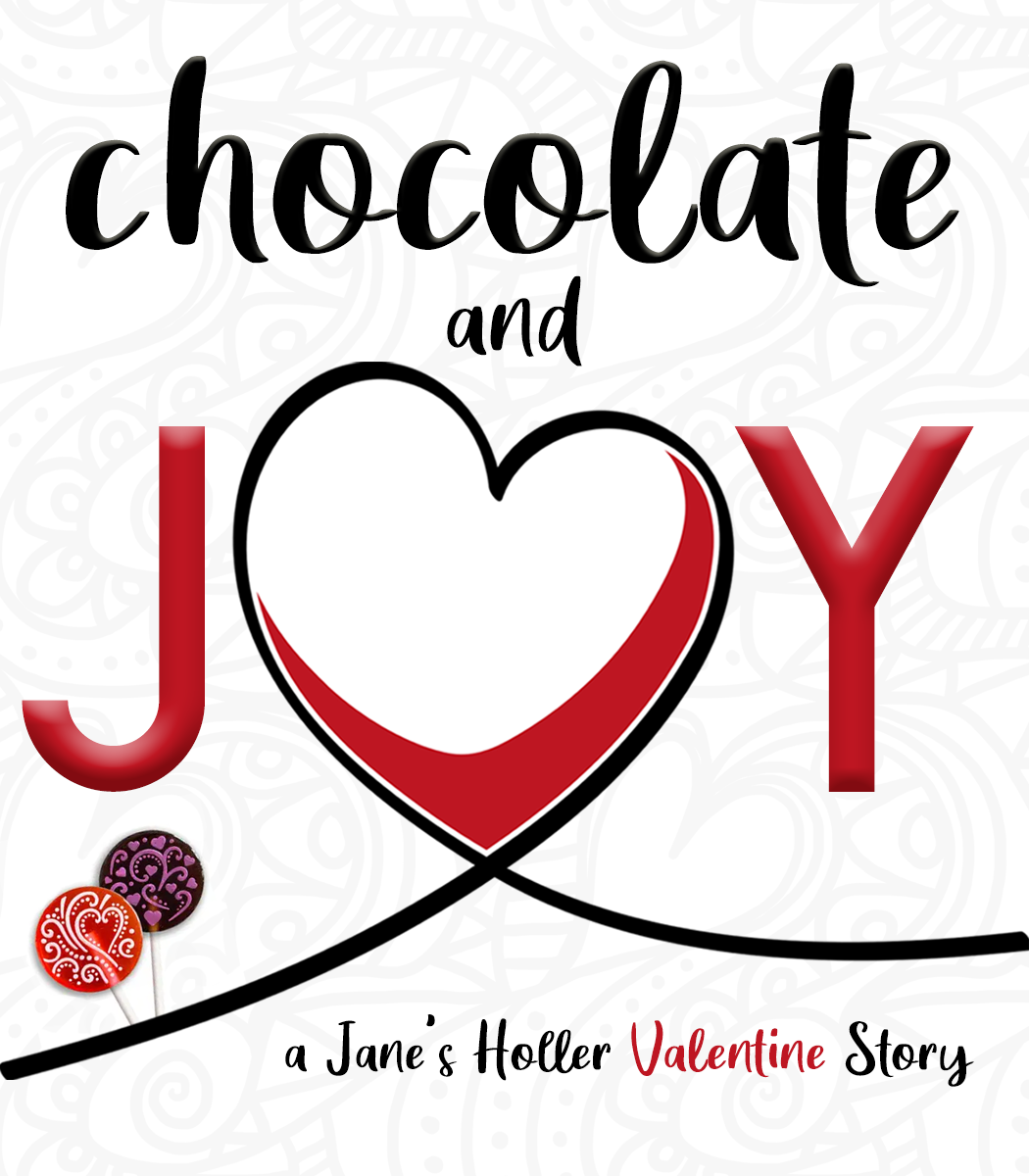 a story about love

The gang from Jane's Holler is back! This time, Connor "Con John" Johnson's story comes front and center. As the town buzzes in preparation for the Cupid Crush - which Betsy insists on holding at Charley's "Life Is What You Bake It" store - Connor finds himself with no date for the big day. What's worse, though, is he can't figure out why women keep leaving him...and he may be harboring a secret crush on Evie.

Whether you have a romantic significant other or not this Valentine's Day, this heart-warming story holds an important reminder for us all. 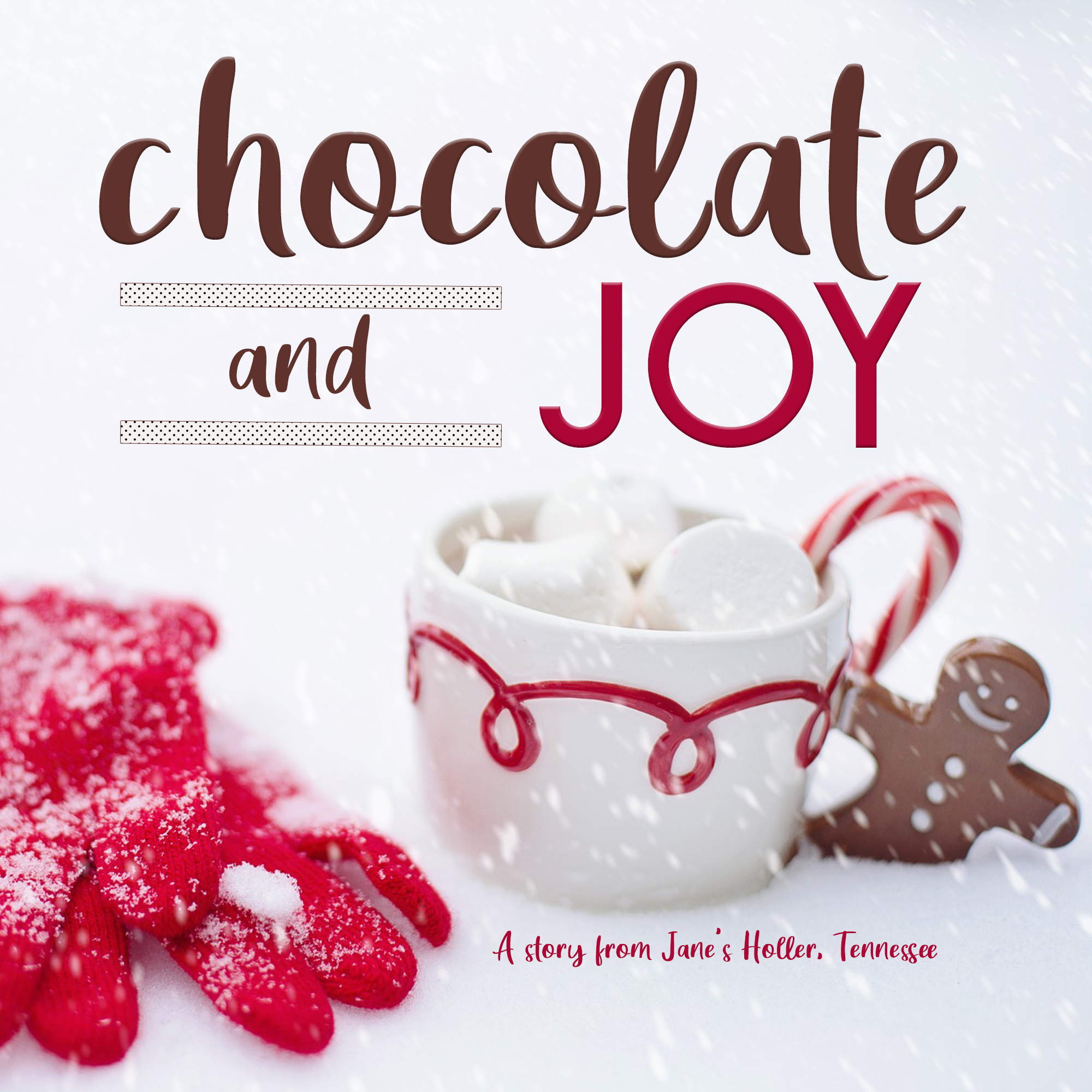 a story about christmas joy after loss

Charlotte “Charley” Miller has avoided all things Christmas since a tragic loss five Christmases ago. Jackson “Jack” Douglas stays home all holiday season in the hope that the good townsfolk of Jane’s Holler will eventually forget his very public personal tragedy three Christmases ago. But this year Evie refuses to let her BFF Charley off the hook. It’s time to come back into the winter wonderland of the living. Connor has the same thought toward his BFL, Jack. After all, Con needs a wingman if he’s going to find his own holiday honey!  As Charley and Jack find themselves unwillingly present at town event after town event, will their hearts thaw in the glow of the holiday season? 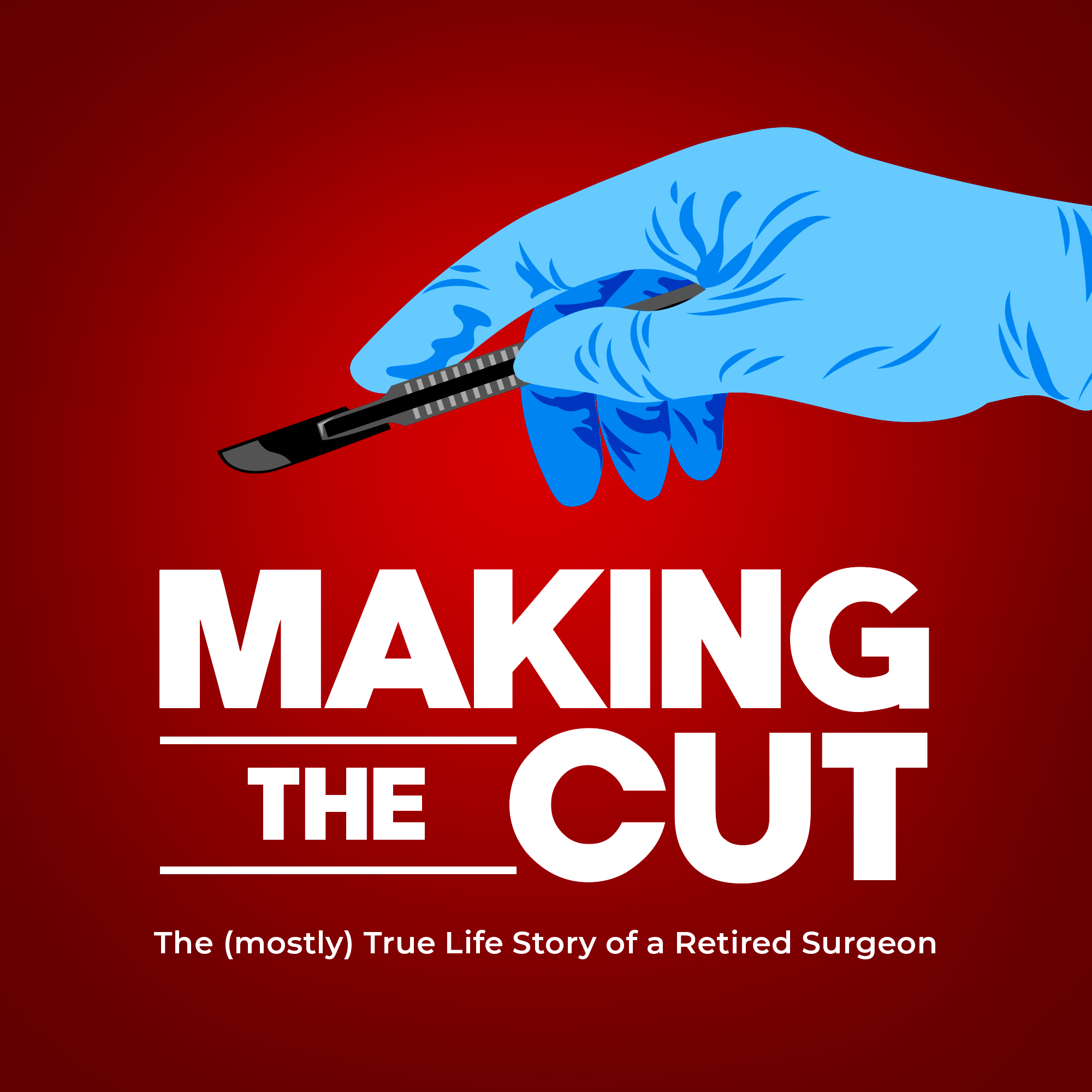 a story about becoming

MAKING THE CUT: The (mostly) True Life Story of a Retired Surgeon

Scripted Podcast Show Based on a True Story

In late 2019, retired surgeon Michael Meguid approached 1C President Rebeca Seitz requesting help with his biography. In his coming-of-age story that spanned Egypt, Germany, England, and America, Rebeca saw a multimedia opportunity.
Step One: a scripted podcast based on the biography. Six months later, having written 30 episodes and directed 60+ voice actors in over a dozen countries, 1C Productions completed Season One of MAKING THE CUT, the podcast. 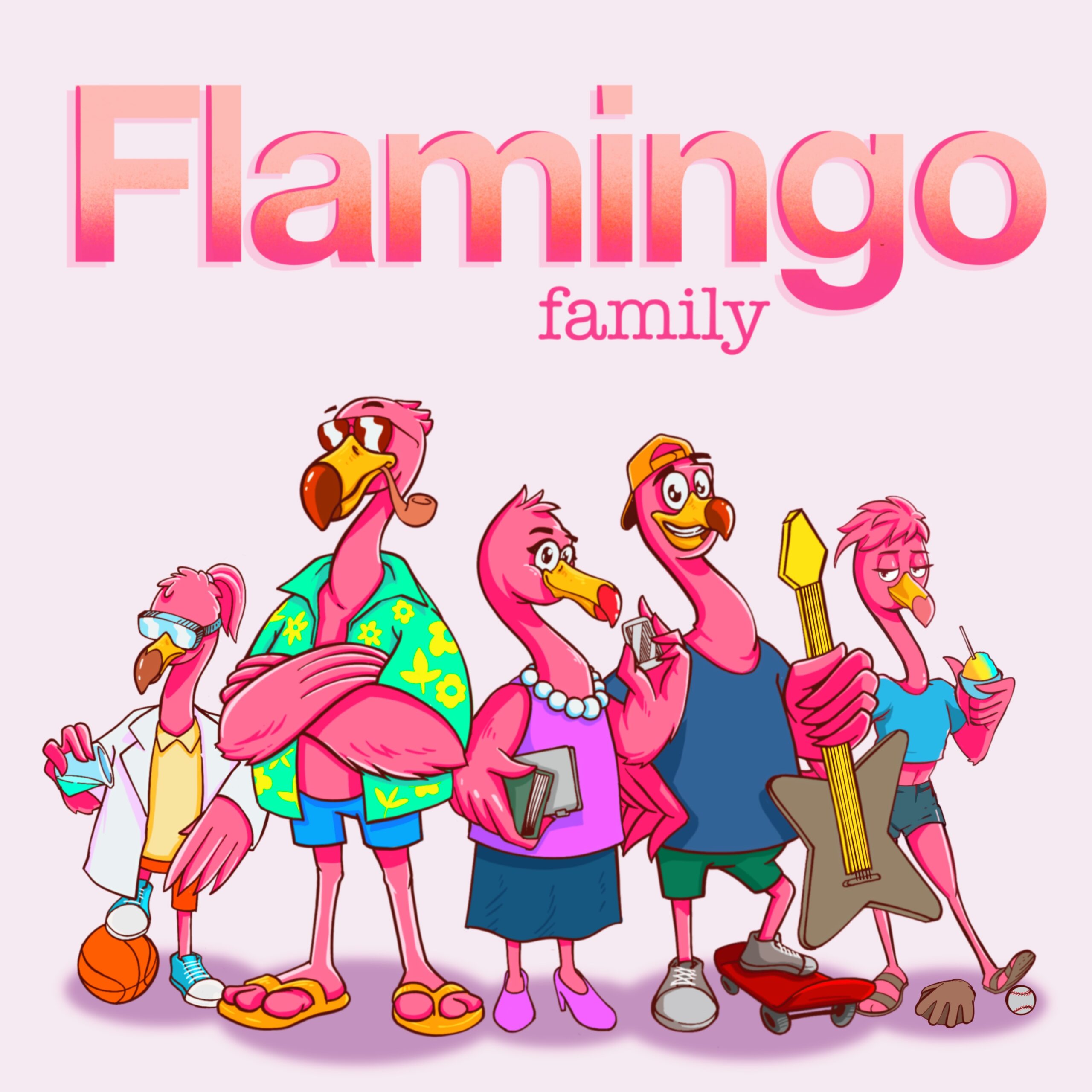 a true story about family life on an island

Podcast Show Featuring a Teen, a Tween, A 20-Something, and The Folks Raising Them on An Island

A crazy family of four living on an island in Southwest Florida talks about the issues teens and tweens tackle today. From gaming to vaping, dating to schoolwork, Firstborn (15), Secondborn (12), Mom, and Dad figure it out together. Often, squirrels are chased. (Because...ADHD.) 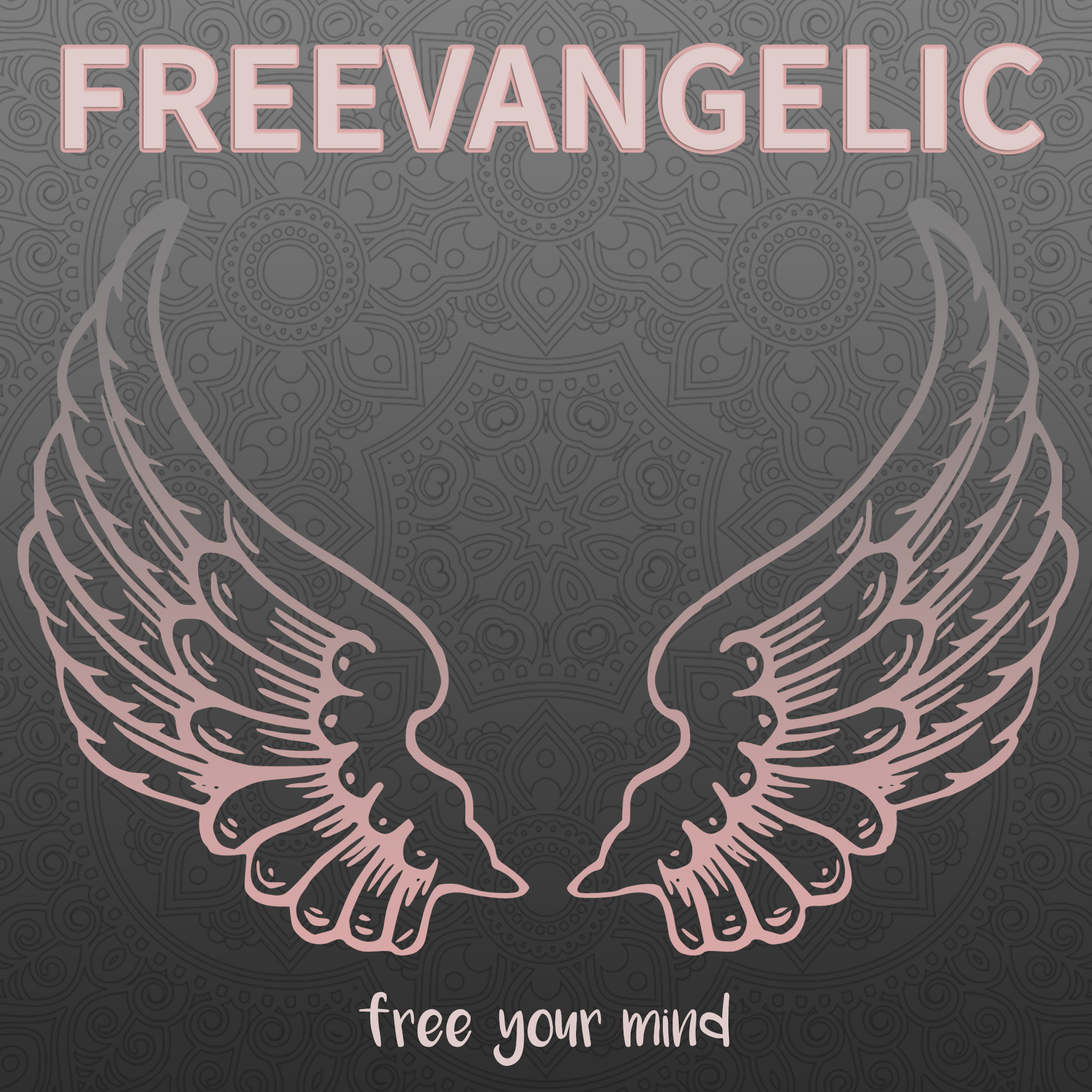 a true story about faith, reconstructed

Podcast Show About Life After Evangelicalism

She lived 38 years in the evangelical world. He lived 39 years as a Lutheran. And then, they didn't.
Season One (2019) chronicles their walking out of the faith, detailing specific Biblical and doctrinal issues that led to their painful but ultimately freeing journey out of evangelical Christian faith.

Season Two began January 31, 2021, and features the couple learning new ways of living as they seek to abide in Truth and Love.

New episodes release the last day of each month. 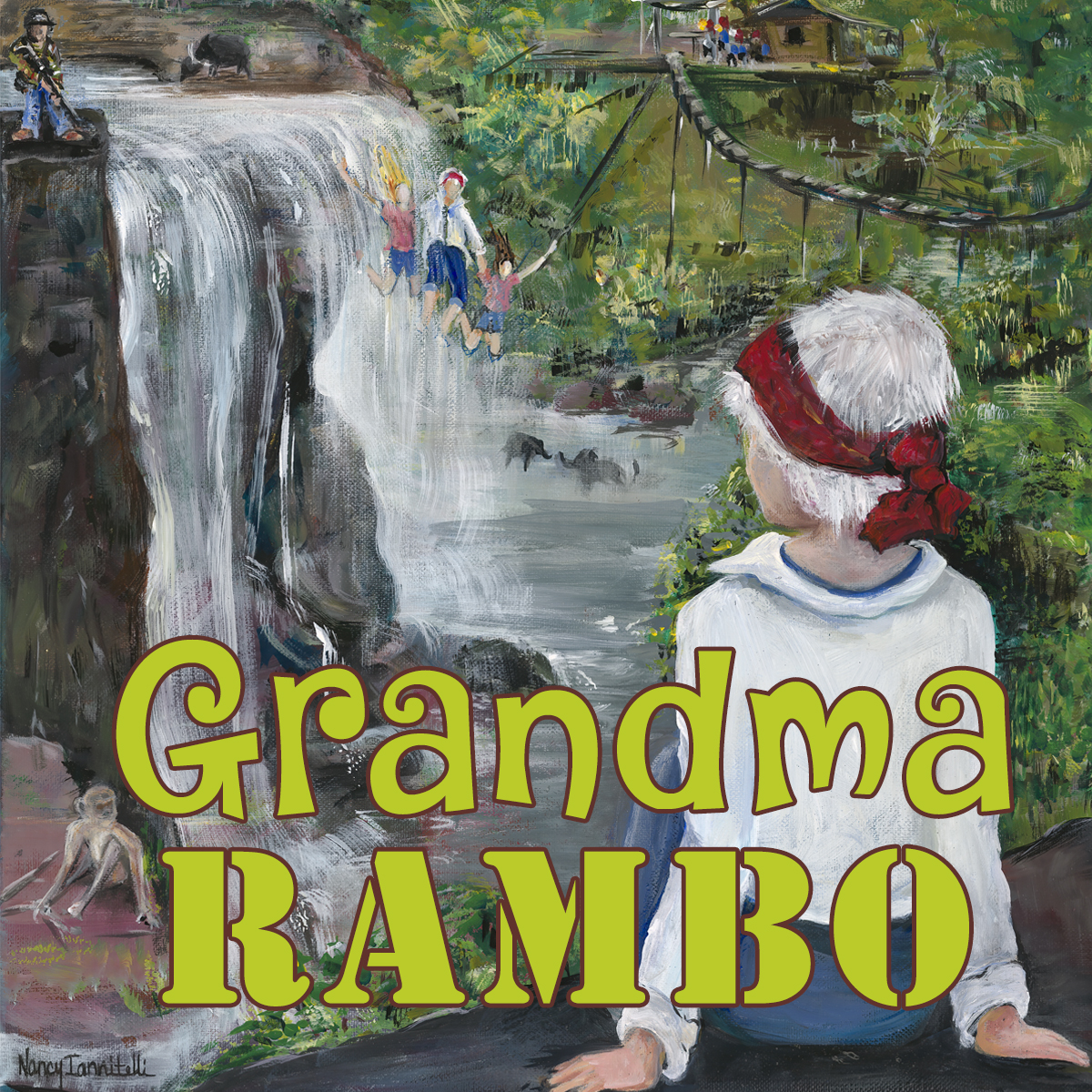 a story about finding adventure again

Scripted Podcast Show Based on the Novella by Pauline Hayton

Brenda Maxwell beat cancer, but her wit and zest for life got beaten in the process...until, that is, a dear friend makes it possible for Brenda to find adventure again. Off she goes to Nagaland - a remote area of India where a rural school is in need of help. Little does Brenda realize that her Indian jaunt will soon involve her entire family...and a need for her to rise to the rescue.

This show has an accompanying 500 piece puzzle to work while listening. Find it at RelaxWithAStory.com. 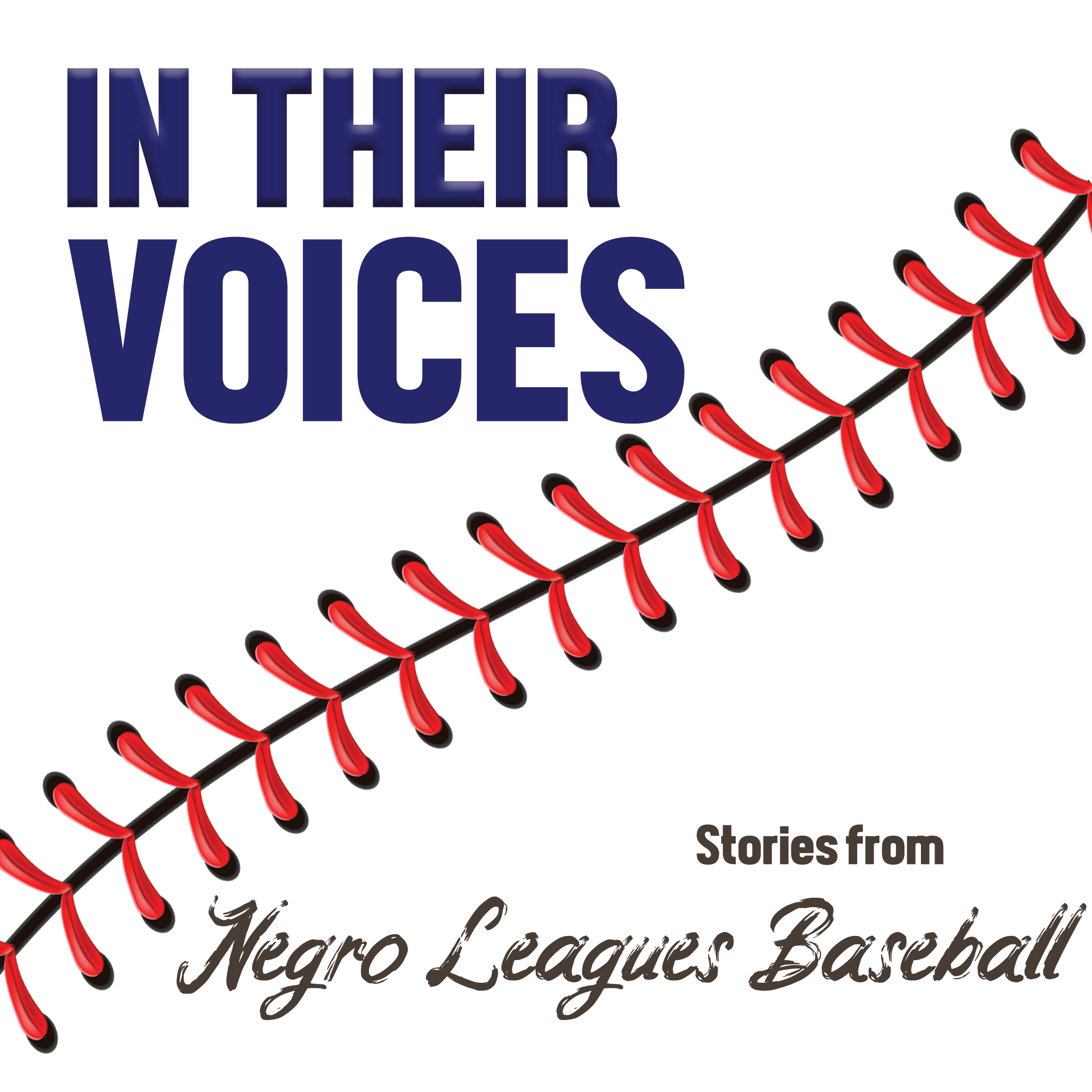 Living quietly among us are legends. Black men and women who kept people of color on the baseball diamond during the Jim Crow years, the "gentlemen's agreement" years, and the unspoken continuation of racism in baseball after. Others have profited from and told their stories. But we wanted to make space for THEM to speak, and profit, from their own experiences. These are the stories of Negro Leagues baseball players - captured before their voices are lost forever. 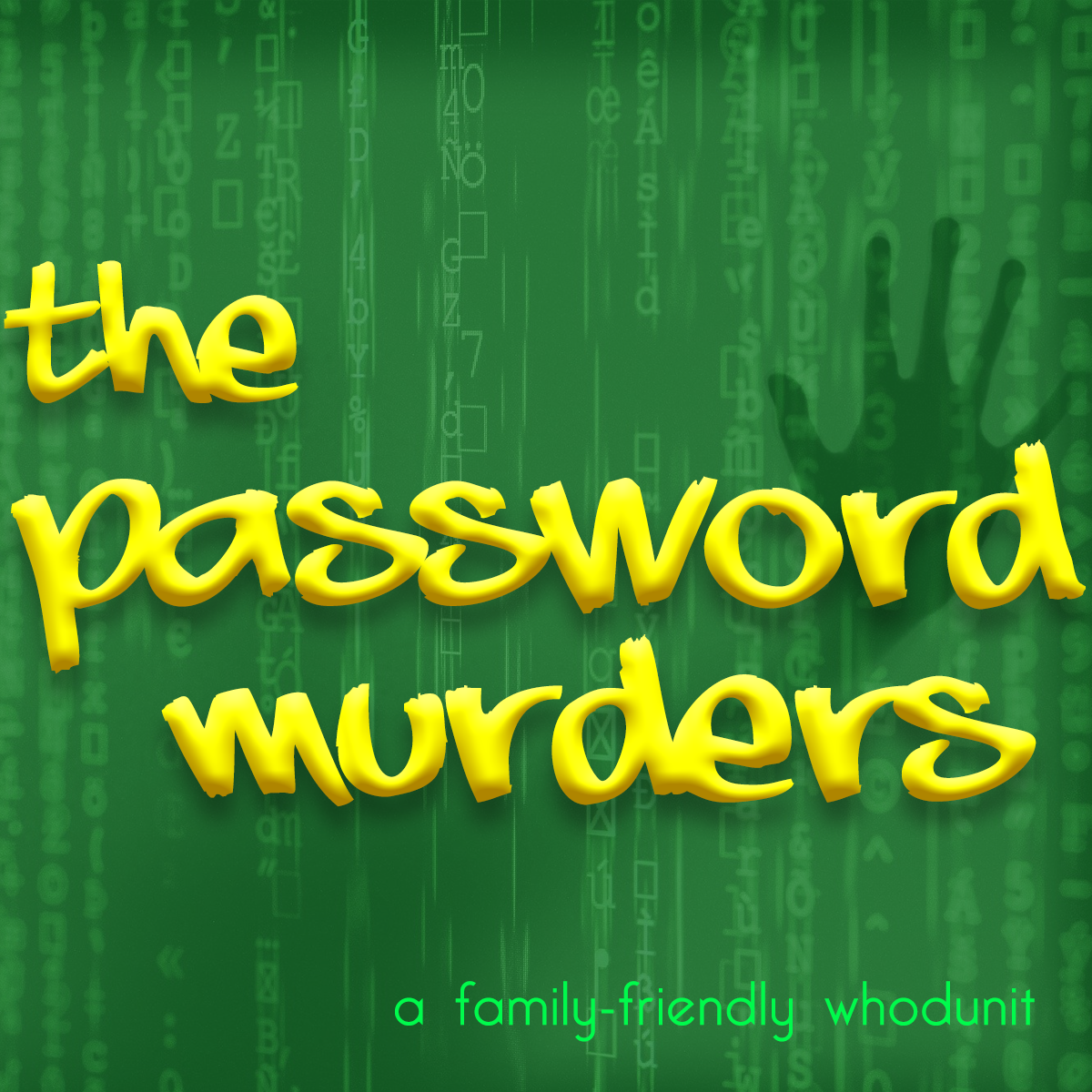 a story to solve a mystery

Scripted Podcast Show For Friends and Family to Figure Out Whodunit

Written by award-winning writer and cartoonist John Leatherman, "The Password Murders" leads you on a thrilling adventure of murder and mystery, but keeps things friendly enough for the whole family. We highly recommend ordering the PodPair™ clue kits so that you can assemble them as you listen and uncover the murderer. 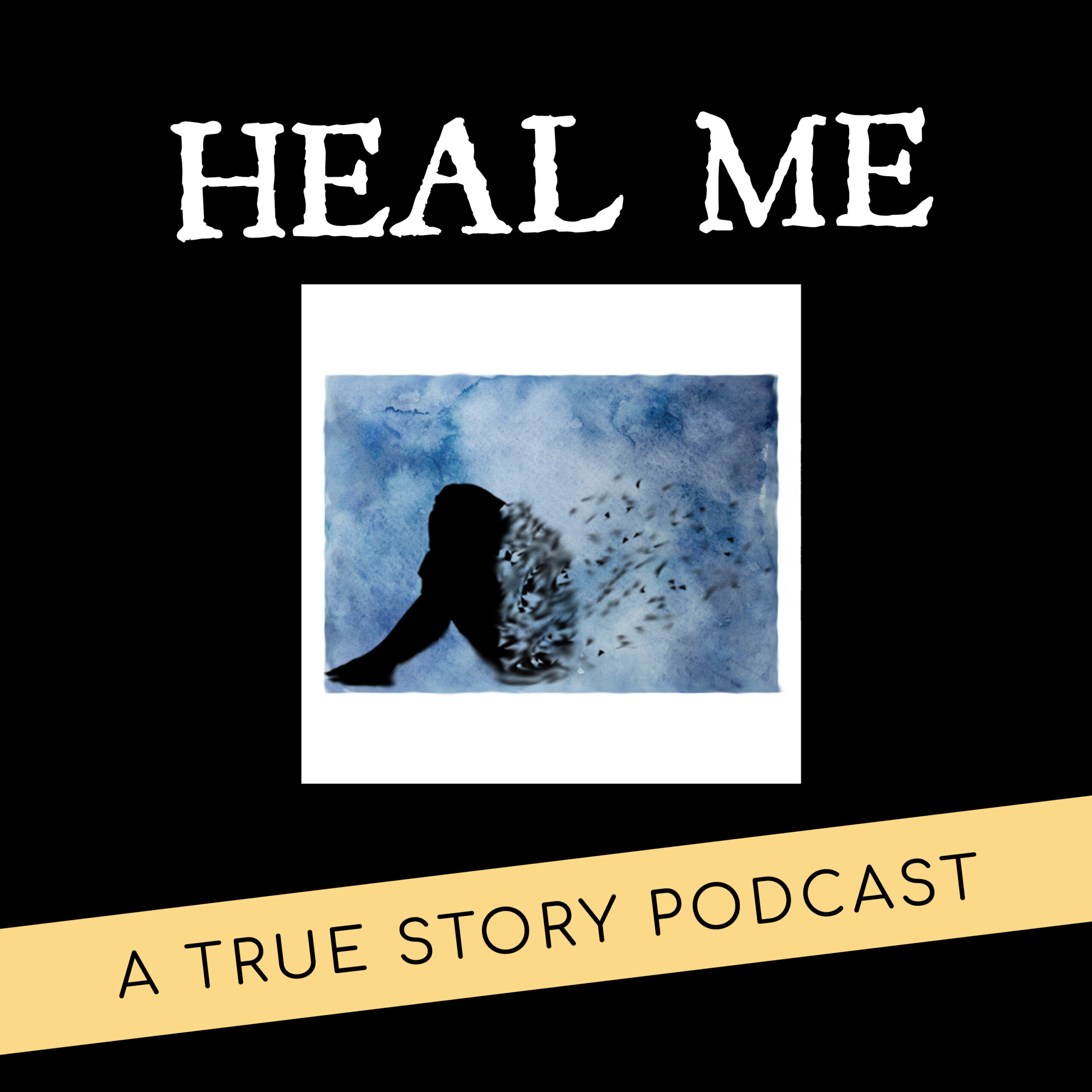 a story about healing at last

Combination Interview and Scripted Podcast Show Based on a True Story

Jennifer Yontz-Orlando was dying. Doctors weren't sure why. And then one asked her tell him about her life. Her story - of shuttling between countries and cultures, of having no way to recover from one crisis before the next piled on, of her teenage son being diagnosed with schizophrenia - poured out. "Is this all for real?" the doctor asked.

It was the first time Jen realized that her life experience could be the culprit to her chronic pain and deteriorating health.

This is a show for everyone who has weathered storm after storm and whose body is paying the price. Jen has a way out of the pain that just might work for you, too.

Rebeca has worked in entertainment for 17 years. She began as a literary publicist, launching the fiction division of a Top Ten Publisher, then founded and led a literary PR firm for nine years that served numerous NYT best-sellers. The next six years saw her running SON Studios in Naples, Florida, and raising several million dollars to support production of culture-enriching entertainment content. Along the way, ten of her books were published, she became a #1 Amazon best-selling writer, wrote and produced screenplays, and began writing for leading business publications like Foundr Magazine. More importantly, she had the honor of coming alongside numerous writers, producers, distributors, and promoters to assist in bringing their projects to fruition. In late 2019, Seitz followed her passion and launched 1C Productions, Inc. to give life to stories and media that inspire, enlighten, and entertain.

For all the latest, follow 1C on our social pages!

To receive occasional updates from us, share your name and email below: